Hi. I’m Heather Kluter, Senior Vice President with Decision Analyst. Today, I want to talk about some exciting changes we’re seeing in the research world. Researchers are coming out of their shells, and in my opinion it’s about time. Forever, researchers have been complaining about not getting a seat at the table, and you can think of lots of reasons of why that might be. I think two of the main reasons are that organizational structures have typically made it so researchers have been kind of isolated; they’re off in their own group, they wait for people to come to them and tell them what research they need, they conduct it and then they wait for the next group to come.

The other thing is researchers tend to be introverted, so they may not be as willing or as likely to go out, take a risk, try to become more involved with the strategic roles that are in the company. But that is changing, and we are seeing researchers even taking it upon themselves to change their titles, changing their titles to “innovative strategists” or something similar, and basically saying “I pretend I’m not even a researcher.”

So, these researchers are risk-takers, they’re moving away from the traditional model and thinking more like a startup. That is allowing them to be much more nimble and quick. They’re still getting solid strategic results that the company needs, but they’re thinking more like innovators than they are like researchers, and they’re getting much more comfortable with that triangulation between the known and the lesser known, which we know is a hard space for researchers to reach.

Another structure change we’re seeing, which is a little bit more official but not huge in terms of effort or [organizational] changes is a pod or a duo, and that’s when a company decides to pair up a researcher with someone in another function; could be operations, product development, marketing, engineering, design, any of those functions, and that pair then learns from each other, and they’re much more effective at their jobs because they’re constantly sharing and learning from one another. And then, of course, you have the companies that are going all the way really to creating an Innovation Team, and I think that’s the most effective way. And they’re saying “You know what? Innovation needs to be a team sport. Growth relies on innovation, so let’s make sure we do it right; let’s make sure we break down silos and do it cross-functionally.” And those teams recognize that anyone can be innovative―it’s not just for the creative geniuses in the company. And they usually have an executive champion who’s on board, willing to take some small risks, get some small wins, which would ultimately lead to big results.

Another thing we’re seeing is researchers rethinking the research calendar. A lot of times, historically, research has happened on a regular cadence―monthly, quarterly, annually, trackers that just happen again, and again―and researchers are wondering, is that the right thing to do? Or, is that just reinforcing what we already know? Is that keeping pace with the way things are changing for our product, our service, our consumers.

I recently saw Amy Webb present at a conference and she showed us this idea of a strategic time cone, and I love this idea. If you look at the graphic, you’ll see that across one axis you have time, something as small as a year or less, one to two years, all the way out to 10 years. And then on the other axis you have certainty in data, more versus less. And if you look at that dark purple zone, that’s typically where researchers have played. They may have a one to two year horizon, they want to find data that they feel pretty certain in, but as they become more a part of these innovation teams, and these strategy teams, they have a longer-term view. 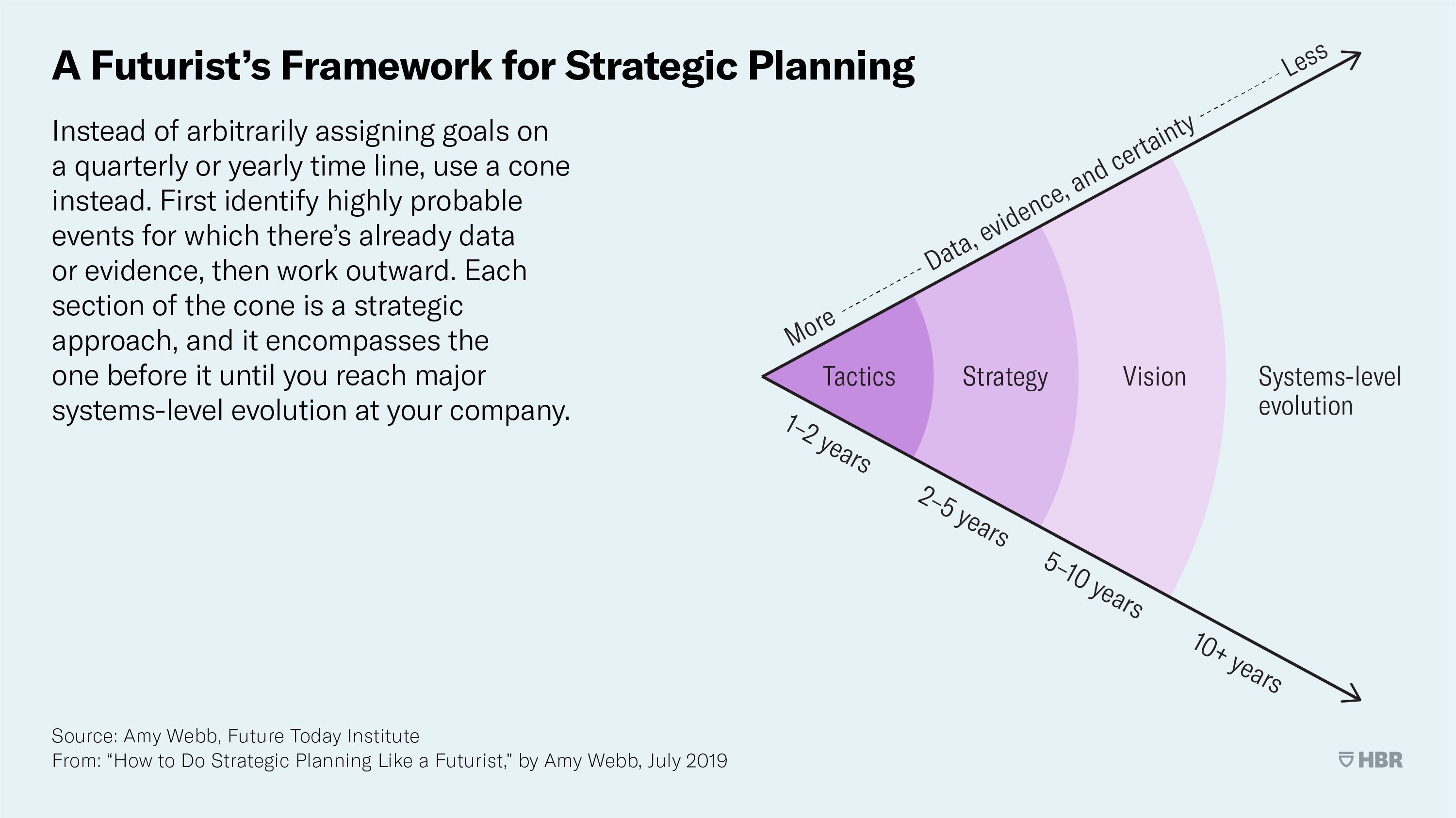 So they’ve got to think about, “How do I conduct research that lets me get into that two year, three year, four year, out to 10-year time frame, and be comfortable with the fact that I’m less certain in that data, but I still need to use it to help the organization reach its goals.” So, if you think some changes are needed in your organization, I say you go for it, but you do it recognizing that change is scary for most people, if not everyone. So you need to be prepared to be flexible, you need to be prepared for the “yes-butters”, and those are the people who, when you raise a new idea, are going to say “yes but” and then try to tear it down. Be prepared, be ready to do what you can to sort of slowly break down walls, and I think that you’ll find you can have major impact on the growth and innovation in your company’s culture.

So thanks for watching. I hope this was helpful, and most importantly, we’d love to hear your thoughts, your suggestions, your success stories. Good luck!