And this equation is used in optimization. It has inputs of the type of, the spending by type of media and by month, and it has an output of the net revenue (the revenue produced by selling the product) minus the media, (the cost of the media itself) to produce net revenue. And this net revenue has, becomes an objective, it becomes the objective function in the optimization exercise. And the objective function is maximized with an algorithm subject to certain constraints. And the first constraint would be (as you can see in the depiction here is) the total media budget. How much is being spent on the total media budget? And this constraint is important because the algorithm would basically explode and produce unrealistic numbers if we didn’t have some cap on the total media budget. . 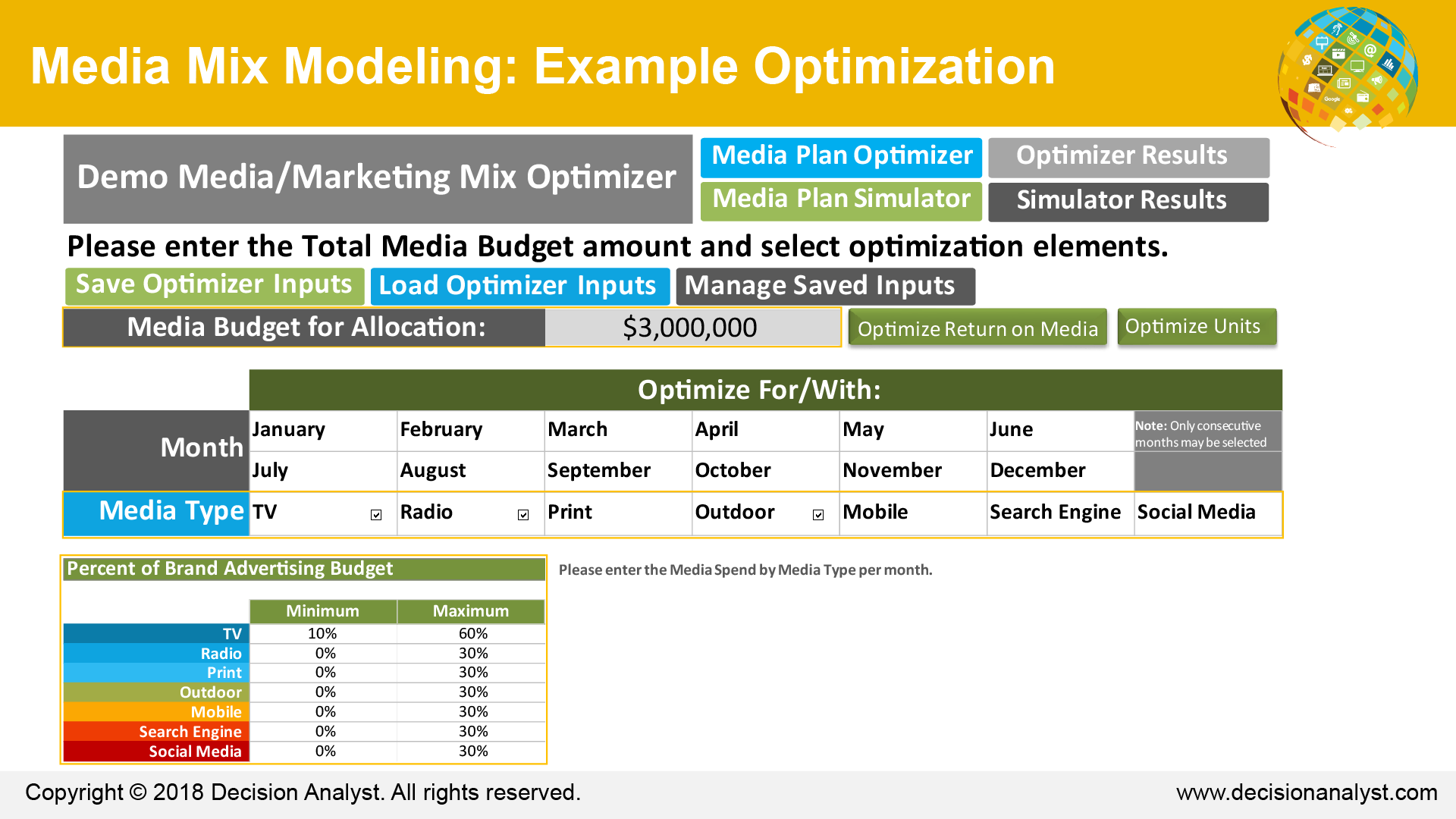 The second type of constraint is a constraint on which media types can vary when doing the maximization of the objective function. The, by selecting the types of media that we want to optimize over, and which months we want to optimize those media types for, we’re actually constraining the other media types and those months to not vary, and that’s the constraint actually. And then there’s a realism constraint, a constraint on the upper bound of the percentage of the media budget that would be allocated to each type of media. For example, TV advertising, we might realistically never want it to be less than 10% of the total media budget for the year or no more than 60% of the total media budget for the year. And so with this objective function with these constraints are maximized by using a nonlinear programming algorithm. The nonlinear programming algorithm takes the objective function and actually maximizes it subject to these constraints and produces an output (which is the amount of spending by type of media) that varies for the particular months that we selected to vary, that maximizes the net revenue. 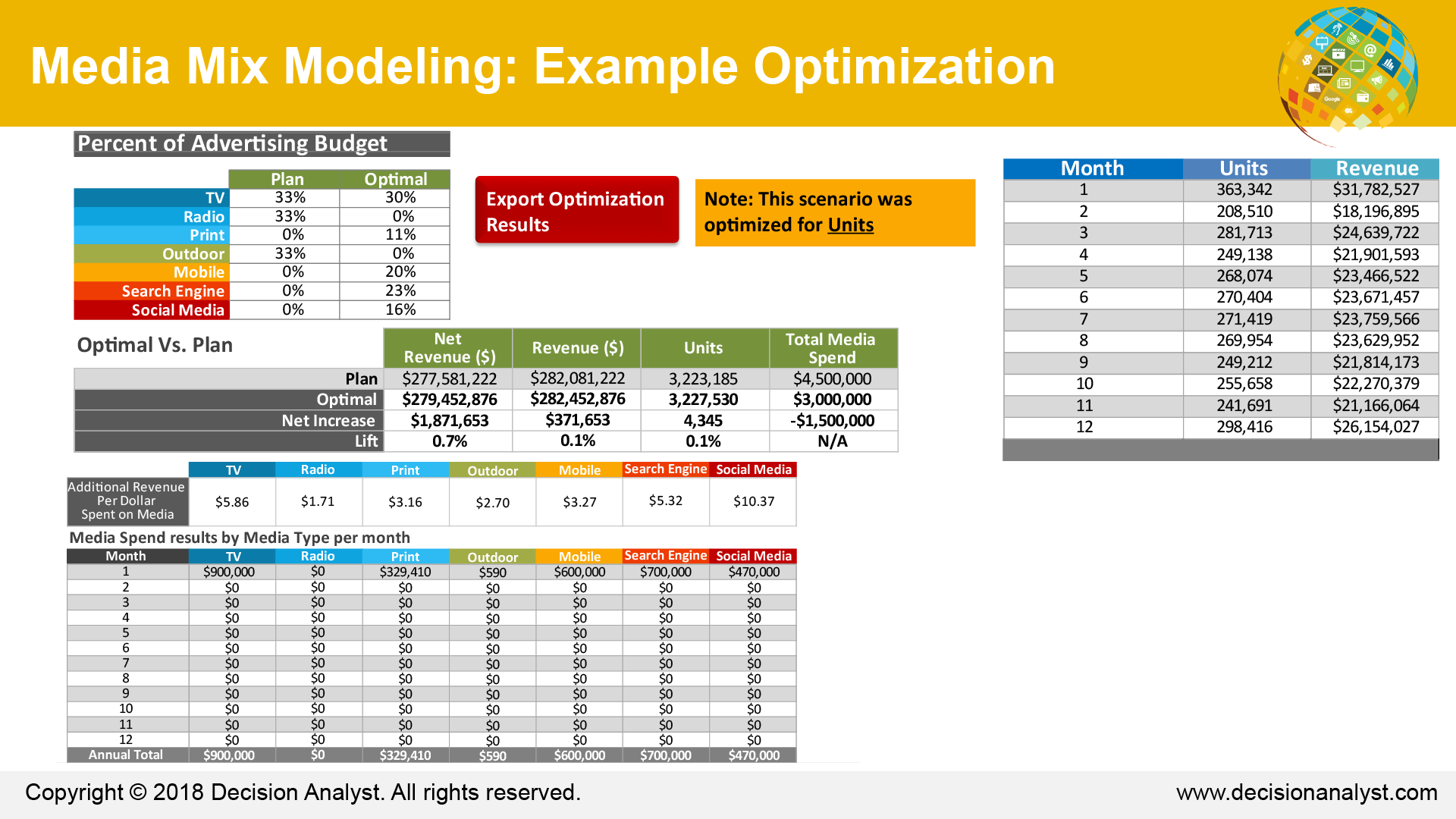 If you would like more information on Media Mix Modeling, or if you have any questions, or suggestions on topics for the Media Mix Modeling videos, please contact John Colias by emailing jcolias@decisionanalyst.com or calling 1-817-640-6166.