“The U.S. Economic Index is up 4 points over the past 12 months, an indication of moderate economic expansion and an indicator of continued GDP growth throughout 2017 and into 2018,” said Jerry W. Thomas, President/CEO of Decision Analyst. “The greatest risks to the overall U.S. economy during the next 6 to 12 months are political risks and financial system risks related to ultra low interest rates and quantitative easing. International trade disruptions are also a major risk factor. The falling dollar, on the other hand, is boosting exports and serving as an economic stimulus, and low energy costs are a continuing stimulus. The European economy is doing well, and Japan is finally showing some positive numbers. Right now the positive forces seem to be prevailing, but the risks to the U.S. economy are significant,” said Thomas.

The division-by-division results are presented in the graphs below. Remember, the Census Division graphs portray 3-month moving averages.

The Index numbers for the census divisions are three-month moving averages to smooth out fluctuations due to smaller sample sizes. The reported Index number averages the current month with the two previous months.

Decision Analyst conducts its concurrent economic surveys each month in Argentina, Australia, Brazil, Canada, Chile, Colombia, France, Germany, India, Italy, Mexico, Peru, the Russian Federation, Spain, United Kingdom, and the United States. Whenever the Decision Analyst Economic Index is greater than 110, it tends to signal an expanding economy. An Index value of 90 to 110 suggests a no-growth or slow-growth economy, and near or below 90 generally indicates economic contraction. These guidelines vary by country, however. 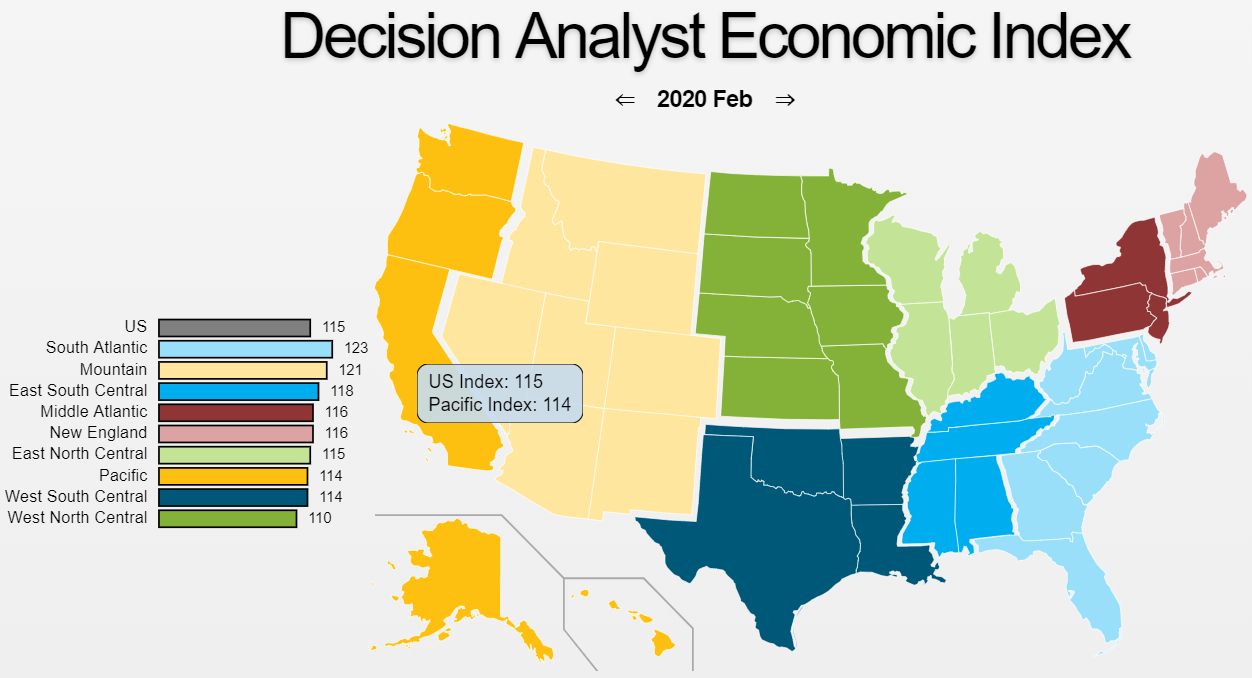